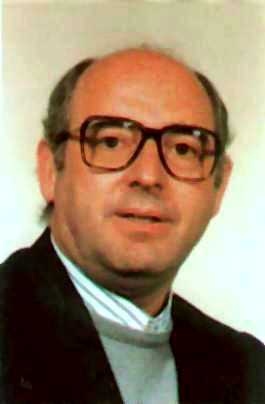 JESÚS LÓPEZ SAEZ was born in Aldeaseca (Avila), on April 12th, 1944. He is a priest, responsible of the Ayala Community Association of Madrid, which promotes the ecclesial renovation through the raising of groups and communities. He inspires other similar associations, as well as the Bethesda Association, whose aim is the integral development of physical and psyquic disabled.
A Graduate in Philosophy and Arts, in Theology and in Psychology, he has been a contributor to the Catechesis National Secretariat (1973 – 1978). He participated in the elaboration of the catechism He is with you and, in a special way, in its Doctrinal Guide (1976), being its tangible author. He has collaborated with the Health Pastoral Department, of the Pastoral Episcopal Commission (1986 – 2006)
Among his articles and publications, we may highlight: Spain, a mission’s country (1979), To listen the Word, a catechumenal objective (1983), Catechumenal Project I and II (1981 – 1983), John Paul I incognito (1985), Ecclesial renovation (1987), Account will be requested. Death an figure of John Paul I (1990), The day of the account. John Paul II under examination (2002 and 2005), Historic memory, crusade or madness? (2006). He is a contributor to The initiation of the faith (1990), the European book of the catechumenate, and in the New Dictionary of Catechesis (1999). He is the author of a set of songs with the title I shall raise the tent (1999)